Domotize the roller shutters: with lares 4.0 just one click 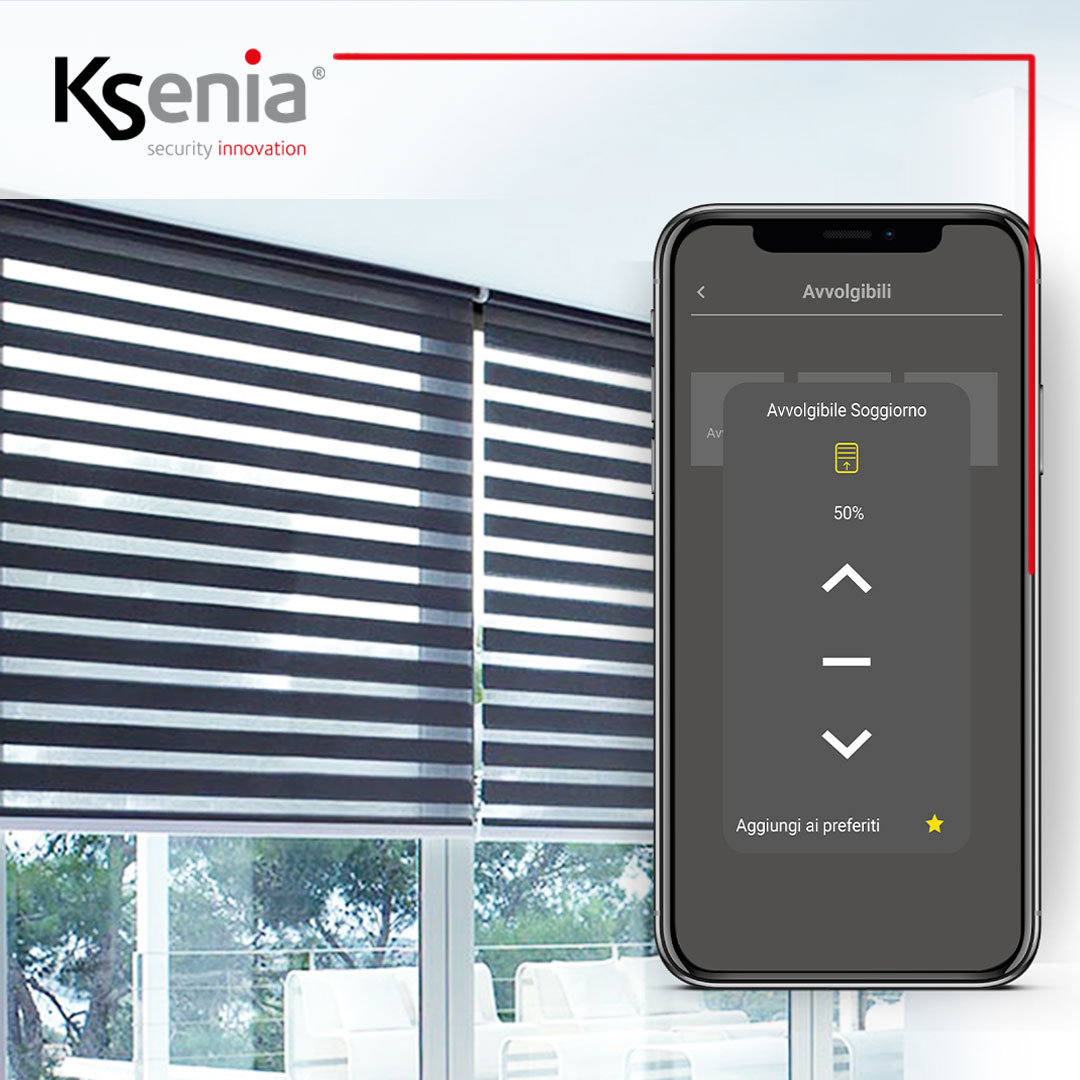 When you are talking about home automation shutters someone still thinks of who knows what complicated technological device applied to a very banal object of daily use. In reality, home automation of the shutters it is nothing more than the evolution of a trend that has already taken hold for about twenty years, that is motorize the shutters simply integrating smarter control systems that allow you to control the rolling shutters with apps or with voice assistants, such as Google Home and Amazon Alexa.

How to automate the home automation roller shutters with lares 4.0

In fact, with a single device it is possible to completely control an opening equipped with motorized roller shutters, activating the motors and moving the roller shutters even with the system on and without deactivating it. One of the inputs can also be configured to block the movement of the roller shutter (for example to connect a photocell).

auxi-H allows you to manage not only the rolling shutters in opening and closing, but also set them in intermediate positions and to know their opening status remotely, thus being able to check them even when we are away from home.

The expansion module aroused great interest for its features, to the extent that it has won the first prize of GIT SECURITY AWARD 2019, for the category Smart Home!

The remote roller shutter control, thanks to the support of‘APP lares 4.0, is carried out with surprising ease of use. The app is divided into three sections: Security, Home and Smart Home. This last section is entirely dedicated to the home automation part and the user can control all the outputs, assign categories and have full control of lights, shutters, scenarios, and much more.

The application is extremely flexible and allows you to set the display of the page also for rooms, favoring the programming and detailed vision of the entire system.

The lares 4.0 App is free and available for the iOS and Android operating systems, downloadable from the relative stores on any mobile device, smartphone, tablet and also on the user interfaces ergo-T & ergo-T plus.

Today, thanks to intelligent digital assistants, people interact with objects and technology in an innovative way, in particular, when it comes to home and home automation solutions.

Thanks to complete integration between the lares 4.0 control panel and the Alexa and Google Home voice assistance function, users can manage all the smart devices in their home through a simple voice command.

By simply exclaiming “OK, Google” or “Hey, Alexa”, near a smart speaker device, you can start the interaction with the digital assistant, pronouncing the commands for the operations we want to be performed automatically. In this way, it is possible to control the shutters with Alexa and with Google Home, but not only: it is possible to coordinate their operation in relation to other operations.

We can communicate to the voice assistants a specific command such as, for example, “Ok Google, raise the roller shutter in the living room“, Or choose the more generic option”Ok Google, raise all the shutters in the house“. In fact, thanks to their sophisticated programming, virtual assistants understand the context perfectly and provide the answer or operation that best satisfies what has been said.

In particular, Google has added a feature called “Continuous Conversations” which allows a Google Home tool to wait for another command, even while it is completing the first action. Likewise, Alexa introduced a feature of commands linked together For example, “Alexa, lower all blinds and turn off the balcony light“.

They may seem simple operations, but in reality such requests can be difficult to accomplish, given the complexity of programming these systems. Google has set up a feature that allows you to bind up to three commands in one sentence For example, “Google, raise the blinds, turn off the lights and play the news“.

Most of these commands can be used together, but some only work when formulated specifically. To better remedy the problems that can arise from having to give too many commands, it is possible to make Google Home or Alexa perform multiple actions at the same time, creating a routine.

Routines can be activated with a custom phrase or on one personalized planning. For example, you can create a routine by simply saying the phrase “Ok Google, goodnight”: automatically all the lights around the house are turned off, the door is locked, the temperature is adjusted according to your needs and all the shutters are lowered. It is also possible to create a weekly routine that foresees, every morning at the set time, the execution of certain scenarios, such as: disarming the alarm, raising the shutters and turning on the coffee machine.

Don’t you find it fantastic?